A very rare ex Leicester City Transport double decker bus has reappeared in Italy. UJF 182 a 1959 Daimler CSG6/30 with Metro-Cammell bodywork is the last surviving one from a batch of six ordered by LCT for evaluation purposes. Although they were regularly in service during their operational life in Leicester, a rather early withdrawal of the class was made in 1971. The Daimler then moved up to the North East of England and had a long service life with F.Lockey & Sons of St Helen Auckland. Lockey’s were well know for their well looked after fleet of buses and it was hoped that 182 would see a secure future in preservation when the Lockey’s business was purchased by the larger North East independent O.K motors.

After a further number of other operators including use as a driver trainer and London sightseeing work UJF 182 was exported by Ensignbus in 1996 to Italy, for conversion into a mobile home with a plan to tour around Europe in the old British bus.

The LTHT have always wondered if Daimler No.182 still survived in Italy and were pleased to hear that it had been purchased by new owner Anthony Notarangelo in 2016, the bus being moved from Rome to a new location in Italy.

The latest update we have on UJF 182 is that the new owner has now reluctantly decided to sell the Daimler and would like to see it go to a good home for restoration. Shipping from Naples docks to England can be arranged and if anyone is interested in returning the Daimler to the UK for preservation and restoration then the Leicester Transport Heritage Trust would be happy to pass on the current owners details for more information. 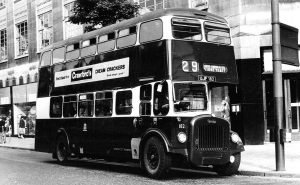 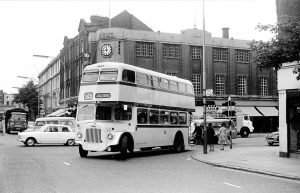 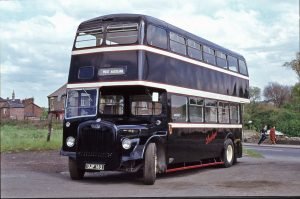 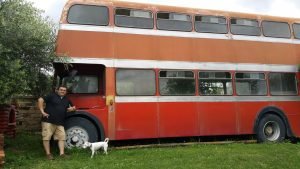 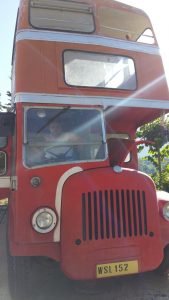