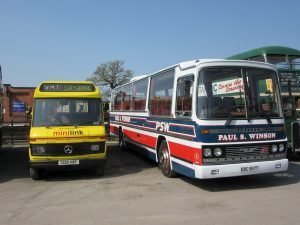 If you wish to bring vintage bus and coach please download the LTHT vehicle entry form, the link is below

History of Quorn & Woodhouse Station
Quorn & Woodhouse Station was opened in 1899 as part of the Manchester, Sheffield and Lincolnshire Railway’s London Extension from Sheffield which became the Great Central Railway.  It was intended to serve the villages of Quorndon, Woodhouse and Woodhouse Eaves. A small goods yard, Station master’s house and railway hotel, The Manor, were provided. The station is of typical GCR London Extension design, with one double-sided island platform, reached originally from the road bridge. The island platform was cheaper to construct and more efficient to staff than the more traditional two-platform station. In its heyday about 300 passengers a day used the station – workmen, clerks, typists and first class passengers too. At Bank Holidays, hundreds of visitors arrived for the beauty spots of Woodhouse Eaves and in the evenings flooded back onto the station and squashed back into their trains home. 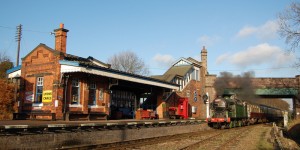 Quorn & Woodhouse station was a popular station for releasing racing pigeons as the platform was open and there were no telegraph wires or obstructions. They often arrived in specially constructed Pigeon Carriages, one of which has been restored and runs in trains today.

Commercial activities were an important part of station life. A firm of builders’ merchants had a depot in the yard; there were also coal merchants and deliveries of cow-cake and fertiliser for local farmers.  Timber was sent out by train from the Beaumanor Estate. There was also a steady flow of food and drink from Fortnum and Mason inLondon to nearby Beaumanor Hall. During the 1920s the Prince of Wales (later to become King Edward VIII and then the Duke of Windsor) was an occasional visitor as he enjoyed an outing with the Quorn Hunt. Express trains were stopped specially for him and he changed into his riding habit in the booking office with a porter posted outside. The Great Central Railway became part of the London and North Eastern Railway (LNER) at the Grouping of the railways in 1923. 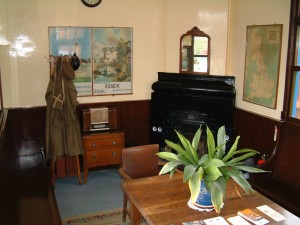 During the Second World War the station played an important role. The War Ministry expanded the goods yard and added extra sidings. It was considered that the countryside around here was reasonably safe from the attention of enemy bombers.  Ammunition was stored in bases in the local area during the build up to D-Day. Also, Beaumanor Hall at Woodhouse was at outpost of Bletchley Park Station X, important in code-breaking work, such as the Enigma codes. THE STATION TODAY Because of the association with the Second World War, the station has been restored, with some licence, to a 1940s theme and is currently being repainted into the LNER brown and stone colour scheme which it would have carried at that time. The General and Ladies Waiting Rooms are in one building, complete with coal fires (in season) and period advertising. In the General Waiting Room we show films appropriate to the station’s era. There is a disabled-friendly lavatory in the Ladies Waiting Room, together with a baby-changing table.

A second building houses the Booking Office with typical office furnature and with a genuine ticket rack dispensing proper Edmondson (cardboard) tickets.  Our stationmaster is now based here, but under the stairs we have re-created a period Station master’s Office: notice the well-thumbed reference books and wartime accoutrements. Attached to this room, under the road bridge, is the Air Raid Shelter which is where the village Home Guard met during the Second World War. Today you can purchase drinks and snacks in our NAAFI-style Refreshment Room which is open at weekends. On the platforms you will notice a selection of barrows and trolleys with a collection of luggage and goods in transit and a perambulator complete with baby and gas-mask. 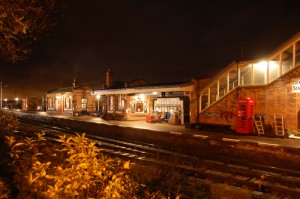 Adding to the wartime theme, notice that we are doing our bit for the war, with our Dig for Victory vegetable garden on the embankment across from Platform No.2 and the old pram collecting scrap metal for the war effort. Look out for the early LNER colour-light signal next to the bridge at the end of Platform No.1. Next to it, there is a red telephone box (of the K6 type first introduced in 1935) currently under restoration. The Gentlemen’s Lavatory is in a separate building at the south end of the platform and originally was open to the elements, with no roof. Just off the platform area, is the working signalbox, originally from Market Rasen in Lincolnshire and there is the apparatus used to transfer mailbags to or from moving trains. 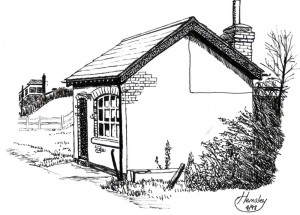 Also in the station yard are the former Goods Shed and Weighbridge Office, a re-built Anderson shelter and the Butler-Henderson Café, open daily for hot and cold food. The original station master’s house at the entrance to the station is in private ownership. Today, the station yard is used both as the railway’s principal car park, but also an area for many special events, including Wartime Weekend, Bonfire Night, Railwayana Swapmeets, traction engine and children’s events. Access from the car park to station platform is via a foot crossing over the railway line and a ramp onto the platform. In the yard you can also find the turntable. 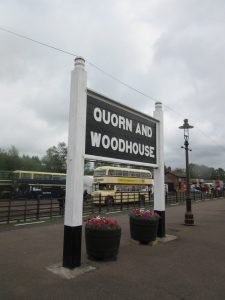